We are dance educators, and we share the important responsibility to help shape bodies and minds.

Dan is co-owner of Ludington Athletic Club and LFSD working alongside his wife, Letha. He is "jack of all trades", and you will see him at the front desk, busy with maintenance, helping clients in the gym or coaching kids. Dan was head coach of LHS wrestling program for six years, and he loves teaching young people how to set goals, work hard, strive for excellence and work as a team, He designed the gym bears program at LFSD to help young boys grow in coordination, strength, confidence and teamwork. He has a passion for health and fitness hoping to help others live more healthy lives through diet, exercise and setting goals. Dan is truly the rock of the business, and we are so thankful to have the ultimate "dance dad" around.

Lara brings experience both in dance education and business to LFSD. Lara grew up dancing with her mother, Letha, at LFSD. After high school, Lara received her B.A in Sustainable Business from AQ, and was a member of the AQ Saints Dance Team. After graduating, she returned as Head Coach for the AQ Dance Team, and led the Saints to the NAIA Nationals for four consecutive years earning Top 5 nationally ranked placements. Lara's strengths in coaching styles are Jazz and Pom but is versed is many styles. and has come back home to Ludington to join her family at LFSD as the Business Manager. Lara is also co-owner of Brunch Babes, and she and her husband, Zach, are raising 3 beautiful children.

Kassidy Boldt began her dance training at the age of three at Kathy’s Dance Company in Hudsonville, Michigan. She began competing at six years old and continued her dancing at Kathy’s through her senior year of high school . As a soloist, she took first place nationally and was named Miss Teen Dance. Throughout her high school dance career Kassidy also received numerous first place awards and was a part of a national winning team. After high school, Kass attended Aquinas College where she performed on the dance team for all four years. During those four years, under the direction of Lara Webster, the AQ team was National Runner Up in 2017 and 3rd place nationally in 2019. Kass is a 4X NAIA All American Dancer, a 2X Daktronics Scholar Athlete, and received a Champion of Character award in her senior year. While at Aquinas College, she also coached and choreographed for the Hudsonville Middle School Dance team, and worked on the Creative Team at Solomon’s Porch Community Church. Kass also teaches Sunday school at Community Church in Grand Rapids, Michigan. She brings her extensive dance training in ballet/pointe, lyrical/contemporary, jazz, musical theater, hip hop, tap, and pom to LFSD Fremont & Ludington.

Miss Kim has been with LFSD for many, many years. She began working backstage over 25 years ago and was Stage Manager for almost 20 of those years. She is now the head of the front desk and, undoubtedly, the heartbeat of the studio and club. While she has many talents, she is our clients number one point of contact. She is a wealth of knowledge on everything from schedules, pricing, student accounts and shoe fittings. She is also the one keeping our studios and building clean. We are beyond thankful for her many gifts she brings to LFSD and Ludington Athletic Club.

Mykila has a passion for youth and adult fitness. She has a B.S in Physical Education, and Pilates Certification with Pilates Training Camps. She teaches our Baby Bears, Tumble Bears and Gymnastic classes while also offering adult fitness classes for Ludington Athletic Club. She is always smiling, and has a special gift for teaching, and we are so thankful Mykila has offered her talents to LF Gymnastics for many years and continues to provide excellence in the classroom.

Alissa grew up in Ludington, MI and trained in ballet, pointe, tap, and jazz at Letha Fulton School of Dance. She went on to continue her dance education at Grand Valley State University where she earned a Bachelor of Science in Biomedical Sciences with a minor in dance. Following graduation from GVSU, Alissa continued her education at Arcadia University in Glenside, PA where she earned a Doctor of Physical Therapy degree. In 2015, Alissa and her husband returned to the area where she has been working as a physical therapist at Spectrum Health Ludington Hospital as well as teaching dance classes at Letha Fulton School of Dance. She is thrilled to be back in the studio dancing, teaching, and helping to cultivate a love for dance and movement in her students that has forever impacted her own life.

Ashlee joined Letha Fulton School of Dance at three years old and her love for dance was ignited. She expanded her dance education at Grand Valley State University where she performed with the Dance Ensemble in Swan Lake, Giselle, Coppelia, Sleeping Beauty, and the Nutcracker, along with other original works, under the direction of Jefferson Baum and Calin Radulescu. She participated in many workshops, training in ballet, pointe, jazz, contemporary, and modern. Ashlee graduated from GVSU with a Bachelor’s in Business Administration with a Minor in Dance. She continued her education at GVSU to earn a Master’s of Accounting and a Master’s of Business Administration. While completing her studies, Ashlee also taught ballet, tap and jazz at the East Grand Rapids Parks and Rec department. In 2017, Ashlee and her family returned to Ludington where she is working as the Director of Finance at Peterson Farms. She is excited to rejoin the LFSD family and to share her passion for expression through movement with her students and two daughters.

Hallie began her dance training at Kathy’s Dance Company in Hudsonville, Michigan. She studied ballet/pointe, jazz, tap and lyrical receiving numerous first place dance awards and national titles with her team. After graduation from high school, she attended Aquinas college and joined the AQ Dance team. During her time with the team, she was a 4X NAIA All American Dancer and received the 2020-21 WHAC Dancer of the year award. Hallie recently graduated from Aquinas in May 2021 with a B.A in communications. She lives with her family in Grand Rapids, shares her passion of dance with her sister Kassidy Boldt, and is excited to begin training students at LFSD as well. “Sharing my knowledge and skills of dance training with other students has always been a dream of mine; I am thankful for the people who helped me grow as a dancer and artist, and I am looking forward to seeing dreams come true in dance for other young people. ”

Jenna Nelson, Virtual LFSDnation Instructor Jenna Nelson comes to us virtually from Nashville, TN bringing 2 decades worth of teaching experience with her. She is from Ludington and studied under Miss Letha from the time she was 7 years old all the way through high school. A graduate of Palm Beach Atlantic University, with a focus in choreography and performance, Jenna has studied under several amazing teachers including Guggenheim Fellowship recipient Demetrius Klein, ABT alum Eileen Hebron, choreographer and master teacher Nicole Wolcott, and many more, including Eric Harris at The Nashville Ballet. Jenna also danced professionally with 6th Day Dance Company, a contemporary dance company based in Seattle, received her level 1 Pilates mat certification through Power Pilates and has worked in churches and studios around the US as a choreographer and guest teacher. Currently Jenna teaches middle school lyrical and the college and career contemporary class at The Dancers School in Murfreesboro, TN and is so excited to be back with the LFSD family again for virtual classes.

Catherine trained at the Ruth Page School of Dance in Chicago, attending summer intensives with American Ballet Theater, Boston Ballet, Royal Ballet School and Letha Fulton School of Dance. At 18, she was invited to study for a year at the Cuban National Ballet School, and upon completion was accepted into the National Ballet of Cuba, where she danced in Swan Lake, Cinderella, The Magic Flute, and as Queen of the Nymphs. After dancing with the National Ballet of Cuba for two years, Conley danced for a year with Milwaukee Ballet and is currently with Atlanta Ballet. She still enjoys summers in Pentwater with her family as she did as a young child. Catherine's excellence in technique and artistry will be a blessing to all who train with her at LFSD.

Angel attended the Cuban National Ballet School for eight years and was invited to the United States and Europe to dance. After graduating from the National School, he entered the National Ballet of Cuba, dancing many roles in the corps de ballet as well as several featured roles, such as Ali in the Corsaire pas de deux and in Celeste, a neoclassical ballet by Annabel Lopez Ochoa. After moving to the United States, Angel attended the Rock School of Dance Education and taught classes at their summer intensive. He received the Grand Prix Award in Youth America Grand Prix Philadelphia in 2019 and the gold medal in pas de deux in 2019 and 2020. Angel is presently dancing with the Atlanta Ballet. LFSD is privileged to have him joining our virtual staff this year.

Mariah grew up dancing under her mother, Letha, at LFSD. She also studied summers with Complexions Dance Company, and loved attending dance conventions and competitions. Mariah has always had a passion for dance and also competed as a soloist starting in junior high, allowing her to perform as a featured dancer in a select performance group at Midwest Starz National Competition. After high school, Mariah attended Aquinas College dancing on their collegiate team for a year. During that year of 2017, the AQ Dance Team was ranked National Runner Up where Mariah also received Honorable Mention for NAIA All-American Dancer. Mariah also was accepted at the Broadway Dance Center’s Professional Semester in New York City. There she trained heavily in ballet, contemporary, jazz fusion, and musical theatre. While in New York she was filmed in flash mobs at Central Park, danced in the 911 tribute “Table of Silence '' at the Lincoln Center, and performed pieces from renowned choreographers at the Alvin Ailey Center for their programs final showcase. Mariah continues dancing, works also for Platinum Dance Competitions, and loves coming back to Ludington to help teach dance and tumbling classes while she completes her degree in the medical field.

Kasi Seguin has danced for most of her life and is incredibly passionate about the artistry and technical aspects. In her high school years she studied under Letha Fulton, then moved to Mexico City and later to San Francisco to further her dance studies in Ballet, Modern, Afro-Modern, Contemporary, Afro-Brazilian, and Afro-Haitian before settling in Detroit in 2010. She danced with Aguas da Bahia, an Afro Brazilian dance company, and Alaffia, an Afro Haitian dance company, both in San Francisco. She finished her Bachelor's of Science degree in Dance with a Minor in Spanish from Wayne State University in Detroit in 2014 where she choreographed two Afro-Brazilian dances for Company One and was recognized with a Wow! Award for choreography. She assisted Artistic Director Joori Jung in the beginning stages of ArtLab J and the Detroit Dance City Festival from 2012 until 2015. Currently, Kasi teaches youth dance classes, coaches and choreographs for a dance competition team, and is a co-director/co-choreographer of the annual production of Nutcracker at Next Step Broadway in Southfield, Michigan. She also teaches classes, choreographs competition dances, and runs a youth choreography program at Sherry’s Academy of Dance in Flat Rock, Michigan. Beyond teaching the youth, she teaches adult classes and is the Assistant Director of the adult recreational dance company Grown-Ups and helps coordinate the Detroit Dance City Festival at ArtLab J in Detroit, Michigan. 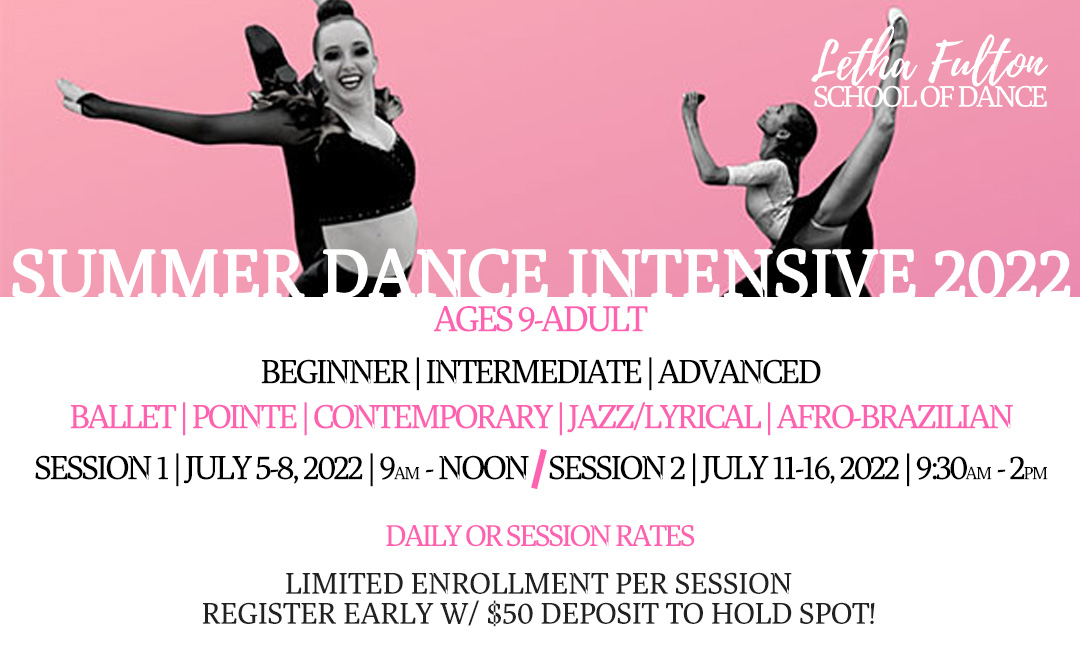